Is your webcam pointed at art/text/plant

Notes on the lessons

This book is dedicated, in respect and admiration, to the spirit that lives in the computer.

“I think that it’s extraordinarily important that we in computer science keep fun in computing. When it started out, it was an awful lot of fun. Of course, the paying customers got shafted every now and then, and after a while we began to take their complaints seriously. We began to feel as if we really were responsible for the successful, error-free perfect use of these machines. I don’t think we are. I think we’re responsible for stretching them, setting them off in new directions, and keeping fun in the house. I hope the field of computer science never loses its sense of fun. Above all, I hope we don’t become missionaries. Don’t feel as if you’re Bible salesmen. The world has too many of those already. What you know about computing other people will learn. Don’t feel as if the key to successful computing is only in your hands. What’s in your hands, I think and hope, is intelligence: the ability to see the machine as more than when you were first led up to it, that you can make it more.” 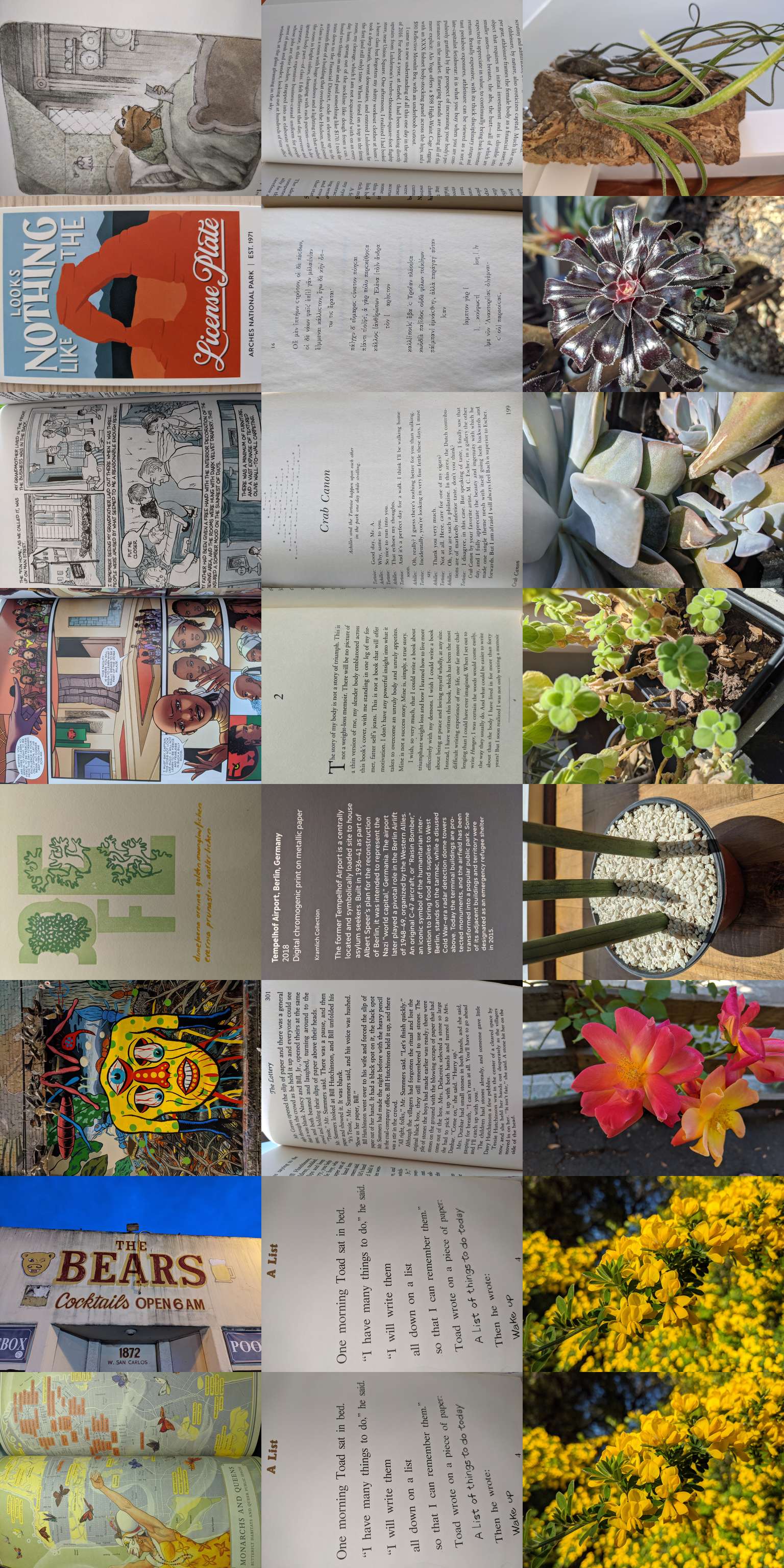 I trained a MobileNetV2 learner that could discern whether a supplied image was art or text or plant, and deployed it on Render.

Only a requirements.txt and an FastAPI app.py, with redeployments whenever I push to the art/text/plant repo, was super straightforward, and made development pretty joyful. Running the app on a local 8-core CPU I got latencies pretty consistently at 30ms (and on a 2018-grade GPU I got latencies under 10ms), but on the Render cloud I found that latencies much higher: in the animation at top, you can see the median latency are around 275 ms, and P99 latencies are over 3x P50 latencies.

The frontend was very straightforward with React: most of the heavy lifting came from react-webcam, and highcharts, and a little ring buffer. The frontend requests an animation frame, and when it gets the callback it latches closed, pulls an image from the webcam, sends it out for processing, hopes nothing goes wrong 🤞, measures the timing, ingests the response into its ring buffers to store the probability of an image being art or text or plant, plots the ring buffers, and adjusts the colors of ART / TEXT / PLANT based on what the camera seems to be pointing at.

Android screen recorder, and then ffmpeg (ffmpeg -i input.mp4 -map_metadata -1 -vf "fps=20,crop=in_w-0:in_h-90:0:65,scale=337:-1:flags=lanczos,split[s0][s1];[s0]palettegen=max_colors=37:reserve_transparent=false:stats_mode=single[p];[s1][p]paletteuse=dither=sierra2" -loop 0 output.gif) to turn it into an animated GIF: stripping the metadata, setting the frame rate to 20fps (each frame and its unique dithering is visible for 50ms, and the round-trip time for the image model is ~200ms), cropping the top of my phone’s UI, shrinking the video width in high quality, sending one stream of frames to generate a unique palette per frame (we have lots of orange at the end, lots of aeonium at the beginning, some floor rug at times), using another stream of frames with this generated palette with a high-quality dither for the output.

The indoor scene is relatively static, and the variations in dithering help establish a near-real-time frame rate, like the TikTok logo jittering.

Next up: image segmentation!